We are a highly-skilled group of psychologists and mental health professionals in Chicago, dedicated to helping our clients fulfill their individual potentials.

We help our clients embrace the full spectrum of their needs & authentic passions.

In your time with us

We endeavor to help you become more you.

We are a highly-skilled group of psychologists and mental health professionals in Chicago, dedicated to helping our clients fulfill their individual potentials.

We help our clients embrace the full spectrum of their needs & authentic passions.

In your time with us

We endeavor to help you become more you

IntraSpectrum is committed to continuing to meet the needs of our clients and those seeking support during COVID-19 distancing. We offer online therapy for the LGBTQ community during COVID-19. Please reach out to us about how to set up an online session with one of our therapists.

For clients that are seeking in-person therapy, we are happy to talk to you about your needs and discuss when that service may become available again.

Black Lives Matter. IntraSpectrum Counseling adamantly believes in and supports the Black Lives Matter movement and Black Liberation. IntraSpectrum Counseling condemns police brutality and the over-policing of Black communities. As healers, we can no longer be silent on the harm and trauma happening in our community. Further, we condemn systemic racism and the oppression of people of color. We recognize queer Black, Indigenous, and People if Color have unique experiences and needs. BIPOC individuals are at a unique risk of harm in our community.  We strive to honor and celebrate the needs and experiences of our BIPOC clients, staff, and community members. We acknowledge that Black trans people have always been leaders in the LGBTQ+ community.

We are committed to dismantling systems of oppression by cultivating a community of accountability, educating ourselves and the people with whom we connect, speaking out against racism, examining our own internalized biases, and amplifying oppressed/marginalized voices. For some time now we have been working to amplify BIPOC voices within our practice to reallocate power more equitably and have been exploring more active engagement in anti-racism work that reflects our values.

Toward this goal, we invited input from an anti-racism organization and solicited feedback from our staff about their needs and wants for the practice and their perspectives about anti-racism work that we can do as a practice together.  We recognize the emotional labor that has been and continues to be done by our staff of color both in and out of work and invested in a healing circle for our staff of color to support them and sustain them. In addition, staff members have volunteered to participate in an ongoing white accountability group to ensure that we can call each other in and unburden our BIPOC colleagues from some of the emotional labor that occurs in any workplace.

Our mission to offer LGBTQ-affirming services is bolstered by our commitment to acknowledging the diversity and intersectionality we have in our community. Although we have always had significant racial diversity within our clients, we are incorporating feedback from our staff to ensure that we are serving a broader range of diversity within the LGBTQ community, specifically, marginalized QPOC who may not typically be able to access our services. In response, IntraSpectrum Counseling is launching a free Queer People of Color support group co-facilitated by trained psychotherapists. Additionally, we are introducing a new sliding fee service for QPOC that deserve access to our support and expertise.

Our work towards anti-racism is an ongoing journey and one that we are staunchly committed to. We deeply value the support and ongoing trust that the LGBTQ community and our clients have given IntraSpectrum Counseling over the past 10 years. We seek to continuously earn that trust by being responsive to the moment, open to feedback, investing in staff and leadership that is representative of the intersectionality and diversity of our clients, and taking assertive steps to align our actions with our anti-racist values. 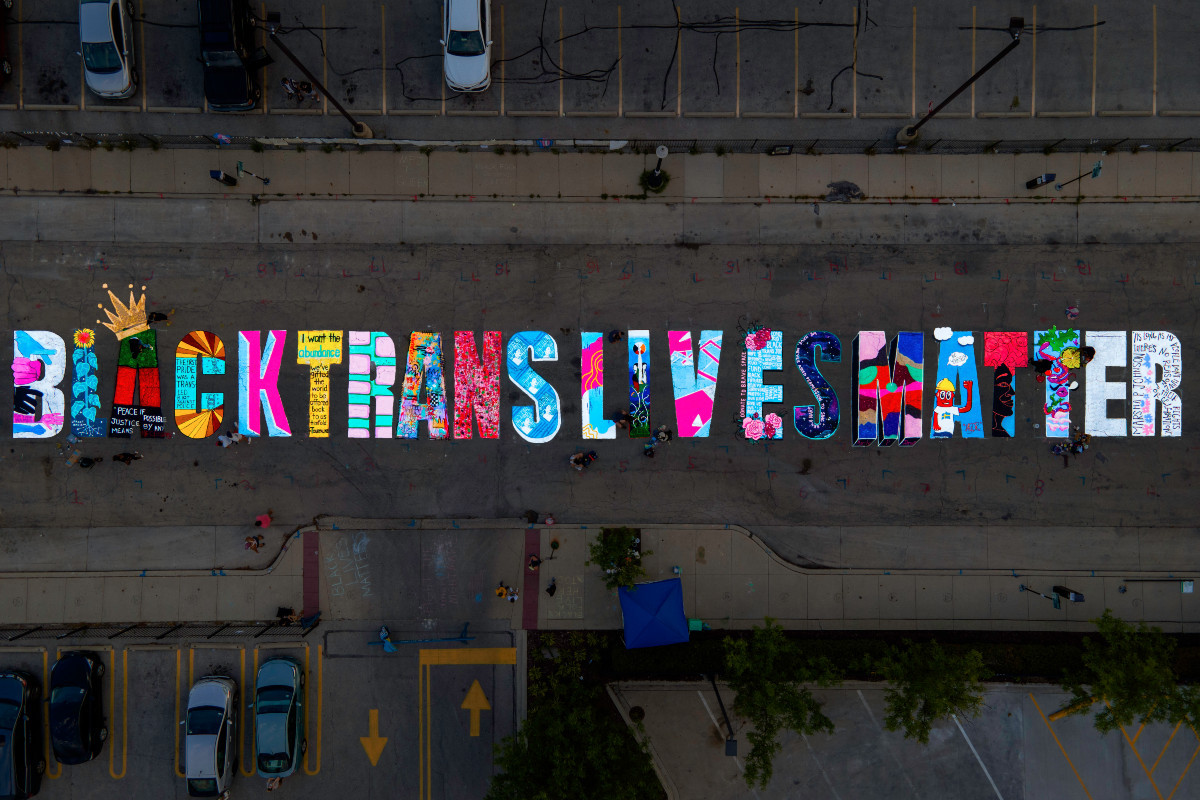 IntraSpectrum Counseling is a private, group psychotherapy practice of impressively educated, trained, and devoted psychologists, social workers, and licensed clinical professional counselors. Among a variety of other areas of expertise, all staff members have specialized training and experience in working with the LGBTQ (Lesbian, Gay, Bisexual, Transgender, Queer/Questioning) population and provide sensitive, LGBTQ-affirmative therapy. Additionally our team’s inclusive approach offers the highest quality service to all clients, regardless of sexual orientation or gender identity—all are welcome.

We provide online and in person individual therapy, couples therapy, and group therapy to an extremely diverse clientele. We offer therapy online during COVID-19 and in person, under normal conditions, in specially designed therapy spaces in Downtown Chicago and Andersonville. Clients can be confident that they will be matched with the therapist who best meets their particular needs and that their therapy will be specifically tailored to their evolving ambitions, every step of the way.

Our therapy groups are currently paused due to COVID-19. We hope to offer our group therapy online soon.

We answer your questions about insurance, our therapy services, and transportation information.

Learn More About Us

Beneficial Tips for Working at Home During the Winter Months

Addiction Recovery Success: Tips For Navigating The Journey Ahead

The conviction of Derek Chauvin on all charges was right. While IntraSpectrum Counseling feels some sense of relief, verdicts are measures of individual accountability. The conviction does not absolve
policing as a whole. And it does not resolve systemic racism.

This systematic, state-sanctioned killing of Black and Brown bodies must end. Until a world exists where
Black and Brown bodies live free of fear, there is no justice. IntraSpectrum Counseling demands the
defunding of the police, an end to the militarization of police, and an investment in true public safety that
protects all bodies. That is the only way to accomplish true justice.