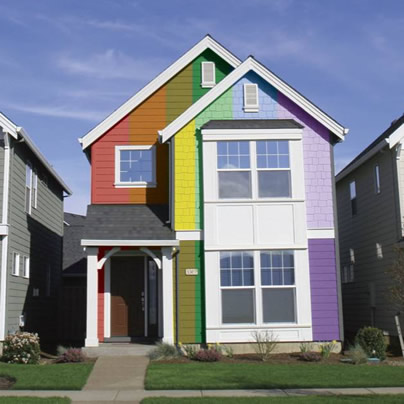 In Michael Shelton’s book Family Pride: What LGBT Families Should Know about Navigating Home, School, and Safety in Their Neighborhoods, the author dispels a popular misconception about queer families. He explains that most current research has studied planned lesbian and gay families, whose participants are often out, college-educated white professionals. However, Shelton decries this restricted focus, arguing that this limited perspective does not reflect the true diversity of lesbian and gay families: families that include parents from all races (as well as mixed-race families), religions, socioeconomic classes, and geographic regions. Moreover, this group includes a large number of individuals who are not out about their sexual orientations. He writes this text in part to illuminate the numerous configurations of LGBT families as well as their unique struggles.  Shelton effectively underscores that LGBT families and their experiences are far from homogenous.

To make his compelling findings more accessible to a general audience, Shelton thoughtfully organizes the book into two parts. In part one, “LGBT Families in Flux,” he writes about “The Diversity of LGBT Parents,” “The War on LGBT Families,” “Passing,” and “The Stress of the Ideal Family.” In part two, “The Challenges Confronting LGBT Families,” he examines “Schools,” “Professional Services,” “Recreation and Leisure,” Religious Institutions,” and “The Legal System.” In so doing, Shelton constructs a comprehensive overview of the challenges facing LGBT families throughout the United States, both collectively and as unique family units.

For example, Shelton cites a 2007 study conducted by the Williams Institute that found one in five children under eighteen living with a same-sex couple is poor compared to one in ten children living with married heterosexual parents. He also cites Albelda et al.’s book, Poverty in the Lesbian, Gay, Bisexual Community, to point out that rates of poverty increase for same-sex parents of color and those living in rural communities. In this way, the reader can see how governmental discrimination can have a widespread effect on the community as a whole but also how individual factors also play a critical role in shaping the experiences of these diverse families, as racism continues to plague many racial minorities and homophobia persists in rural areas.

While the book is insightful, it is riddled with typos, which detracts from the overall quality. Nonetheless, this groundbreaking book has enough well-cited evidence and compelling personal stories to keep readers riveted.